Interesting Not-So-Famous Horses From the Past

Zippy Chippy actually was an INFAMOUS horse because in 100 starts, he lost the all! As the losses started piling up, he started to gain a following. Things got bad, however, after most tracks banned him for poor performances. At the end of his career, only the Northampton Fair in Massachusettes would allow him to start.

He then started racing other things than thoroughbreds, like harnes racers and humans. He will go down in history as the biggest loser.

Here's a video of his match against a harness horse. Keep in mind that it takes a thoroughbred about 1:12 to run 3/4 of a mile and it takes a harness horse about 1:30 to go the same distance. So the harness horse was given a head start. This race is just an exhibition, but let's see if Zippy can break the streak: 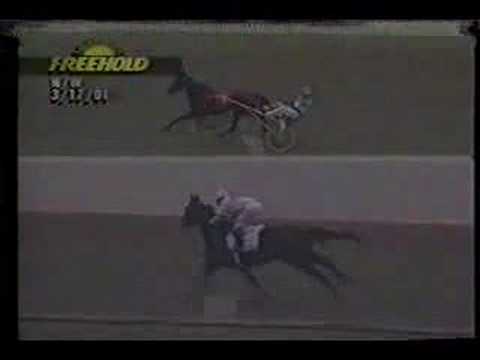