I'myoursugardaddy - out of Tasty Temptation


Coz had his first recorded workout today....and so did Tasty's boy. I kind of feel like we need to keep a supportive eye on him. 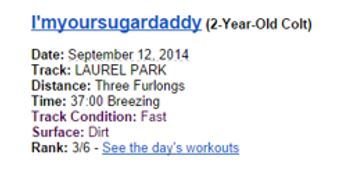